Skip to content
Share
Leading and being led – a relationship in change
28. April 2020by Heinz Peter Wallner

Leadership is relationship – leading and being led

Leadership is a term that has undergone many changes, some of them profound, in its meaning. And undoubtedly a lot has been written about leadership. The debate about agility has once again filled the term leadership into the “interpretation mixer”. The result is something that, in its mushy consistency, is beginning to elude reality; a definition that is miles away from our fixed, classic ideas of leadership.

Leading and being led

Inspiration from the world of books

Do you knowAndreas Weber? He is a journalist, biologist, lecturer in journalism and author of non-fiction books. His books have it all. He formulates on a dizzyingly high level, so inspiring that one would prefer to put the keyboard aside.

He describes in his book: „Lebendigkeit – Eine erotische Ökologie“ the basic principles of erotic touch in nature: „Sie hat zwei Seiten, die so miteinander in Beziehung treten, dass beide Seiten verändert daraus hervorgehen (It has two sides which relate to each other in such a way that both sides emerge changed)“ (Weber, Seite 36). In this statement the association with social relations is not far-fetched. When people with different characteristics really relate to each other, both emerge changed. This is also the case, at least in some areas, in leadership. It is a leading and being led, a constant interaction of contradictory roles. Both sides learn, both change and create something new.

Leadership is also a form of relationship. This insight is independent of the definition of leadership I am currently attached to. As soon as people enter a relationship, a process of change begins. In companies these processes are often more focused on one goal than in our everyday lives. So the organization is inhabited by single individuals, but – as far as we know – it is not the substances of the individuals that become effective, but the oscillating network of interactions, the communications, as we often call it. It is the same with leadership. It is not so much the substance of the leader that counts, but the relationship that develops.

The tingling of the opposite pole

But to make a relationship possible, people must engage with each other, integrate their views, attitudes, opinions, actions and learning routines, and over time, they must grind each other to a point. The collective must emerge and mature. Andreas Weber describes this wonderfully with the metaphor of the mountain stream. In the contact between gravel and water, water becomes a shaping force and gravel becomes soft and round. „Die zu Tal stürzende Welle schlägt mit Härte gegen die Blöcke – und damit gewinnt das Wasser eine Qualität, die seinem Flüssigsein diametral entgegensteht… (The falling wave hits the blocks hard – and thus the water gains a quality that is diametrically opposed to its fluidity.)“ (Seite 37).

Accordingly, agility only comes about when people are ready for a relationship. All those involved must engage with one another beyond their roles and be ready for change. An insistence on opinions or on the “own of value” will not contribute to any creative development. Transformation and transformation is always an expression of a creative exchange of cosmopolitan people.

For this purpose it is helpful to reflect on the contradictions. Where opposite poles meet, the potential for further development arises. We humans must be prepared in these relationships to deal with the opposite pole. In simple terms, managers must allow themselves to be led, and employees must take the lead. Preservation becomes change, distance becomes proximity, individuals become a team.

Associations with the leadership world

It is the relationships, communications and interdependencies that form the basic framework of organizational reality:

This network corresponds to a process of autocatalysis that produces structures and ultimately meaning. This is what we call organization.

My advice for managers

With all respect for the principles and concepts of agility, and with all the fun of agile methods, we should understand our organizations especially as a network of relationships between people. Development, especially if it is to be creative, needs contact – which begins with eye contact – so that a living network of relationships can develop. And as an important basic attitude, should such an attitude be recognizable, we can call the desire to explore the other person. The ability of people to engage in a common forming process ensures development. 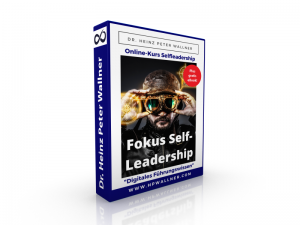 Zurück:
Selfleadership and the beginning
Weiter:
Map of complexity